The Georgia Indo-American Chamber of Commerce (GIACC), in collaboration with the Indian Consulate in Atlanta, the New York Indian Film Festival (NYIFF), the India China and America (ICA) Institute, and the Atlanta Film Festival is proud to present its one-of-a-kind Atlanta Indian Film Festival (AIFF 2019) on May 10-11, 2019 at the beautiful Aurora Cineplex in Roswell, GA. 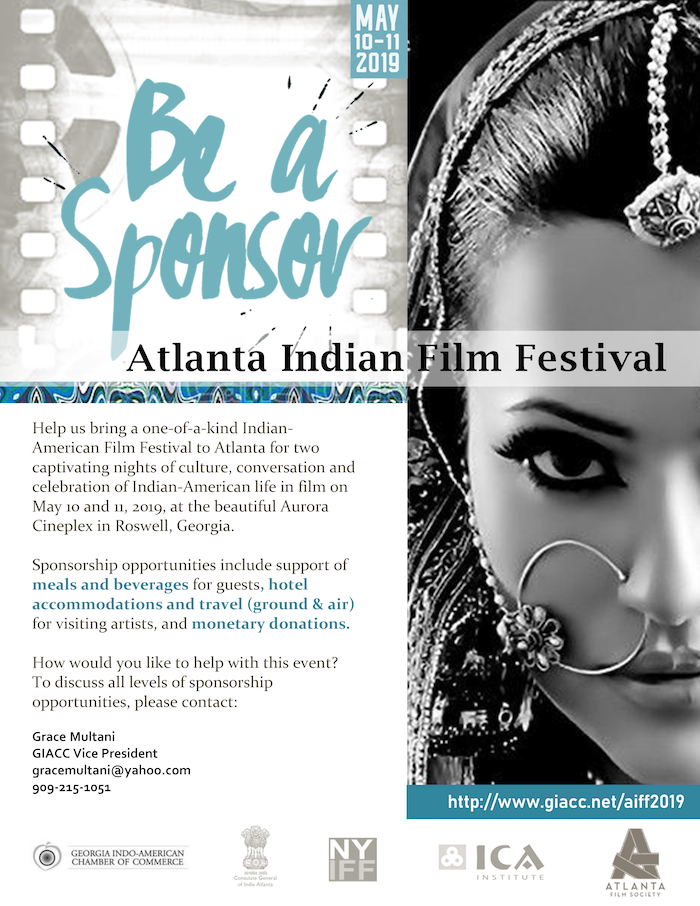 LIGHTS: What you need to know about AIFF

What: Atlanta Indian Film Festival
When: May 10-11, 2019
Where: Aurora Cineplex | 5100 Commerce Parkway, Roswell, GA 30076
Why: With an Indian diaspora of approximately 150,000 people, and over 500 companies, including Indian-owned and operated businesses in the Atlanta region, the Atlanta Indian film festival will attempt to show case popular Indian cinema to Atlantans, as well as introduce visiting Indian Directors, Actors and Producers to potential movie production opportunities in Atlanta and the state of Georgia.

CAMERA: AIFF Schedule
The AIFF 2019 event will include movie screenings, post-screening discussions with the movie’s artists and local film experts, as well as opportunities for in-person dialogue with film makers.

THE LAST COLOR
Friday, May 10 | 7 pm to 8:30 pm
(90 mins, 2019, India)
Written and Directed by Vikas Khanna
Cast: Neena Gupta, Aslam Sheikh, Aqsa Siddiqui, Rajeswar Khanna
Synopsis: A story at a time in India when Indian culture exiled its widows in the ashram and forbade them from participating in society. This unjust horror serves as a backdrop to a story of love and friendship between a widow and a young girl.

He is host of MasterChef India, Twist of Taste and National Geographic’s Mega Kitchens. He has been a guest on MasterChef Australia, Martha Stewart, Hell’s Kitchen, Beat Bobby Flay and many more shows. Gordon Ramsay featured him as “Top Indian Chef in New York City,” on Kitchen Nightmares.

UBUNTU
Saturday, May 11 | 2:30 pm to 4:24 pm
Marathi with English subtitles
Directed by Pushkar Shrotri
Cast: Kanha Bhave, Shashank Shende, Umesh Jagtap, Sarang Sathaye and Bhagyashree Shankpal.
Synopsis: This is the story of a school teacher Shelke Master who teaches a handful of students in a Gram Panchayat sponsored school in a remote village of Maharashtra. He tries day in and day out to improve the future of the kids through education. When the existence of the school is threatened, students and the new teacher pull all stops to try and try to stop the closure, but it just might be too late.

SINDHUSTAN
Saturday, May 11 | 5:15 pm to 6:15 pm
Directed by Sapna Bhavnani
Synopsis: Sindhustan is the story of the largest migration of a culture in history told through ink (tattoos). Sapna Bhavnani interviewed people from the Sindhi community, and turned their stories into tattoos on her legs, thus becoming a human map. Over a span of 10 days of non-stop pain, she turned into a human map of Partition, a museum of memory.

Post-screening discussion with Director Sapna Bhavnani
About Sapna Bhavnani
Sapna has naturally assumed poster-child status as a powerful female figure. She traverses mainstream success with just as much ease as she skirts the underground youth art & culture movement. Ageless, fearless and forever metamorphosing in her endeavors, Sapna has recently begun giving her celebrity-hood the voice of an activist. Just recently Sapna was awarded the “I Believe,” award by Savvy Magazine and the “Fem Empowerment,” Award by Zee Tv for her work with ex sex workers by starting a free hair academy.

SIVARANJANI & TWO OTHER WOMEN
Saturday, May 11 | 7:30 pm to 9:33 pm
Tamil with English Subtitles
Directed by Vasanth Sai
Synopsis: A Tamil anthology comprising of stories of three married women from different class and caste backgrounds, living in three different decades, but fighting the same enemy within the confines of their homes – the patriarchy.

Post-screening discussion with Director Vasanth Sai
About Vasanth Sai
Indian film director, producer and screenwriter, working in the Tamil film industry. Following a stint as a journalist and after assisting K. Balachander, he made his directorial debut with Keladi Kanmani in 1990, which along with the trendsetting Aasai (1995), are considered his finest and most successful films. Known for being realistic, his films have been described as a “middle path” between parallel and commercial cinema, revolving around social themes and relationships.

ACTION: How can you be involved?

Help us bring a one-of-a-kind Indian-American Film Festival to Atlanta for two captivating nights of culture, conversation and celebration of Indian-American life in film on May 10 and 11, 2019, at the beautiful Aurora Cineplex in Roswell, Georgia. 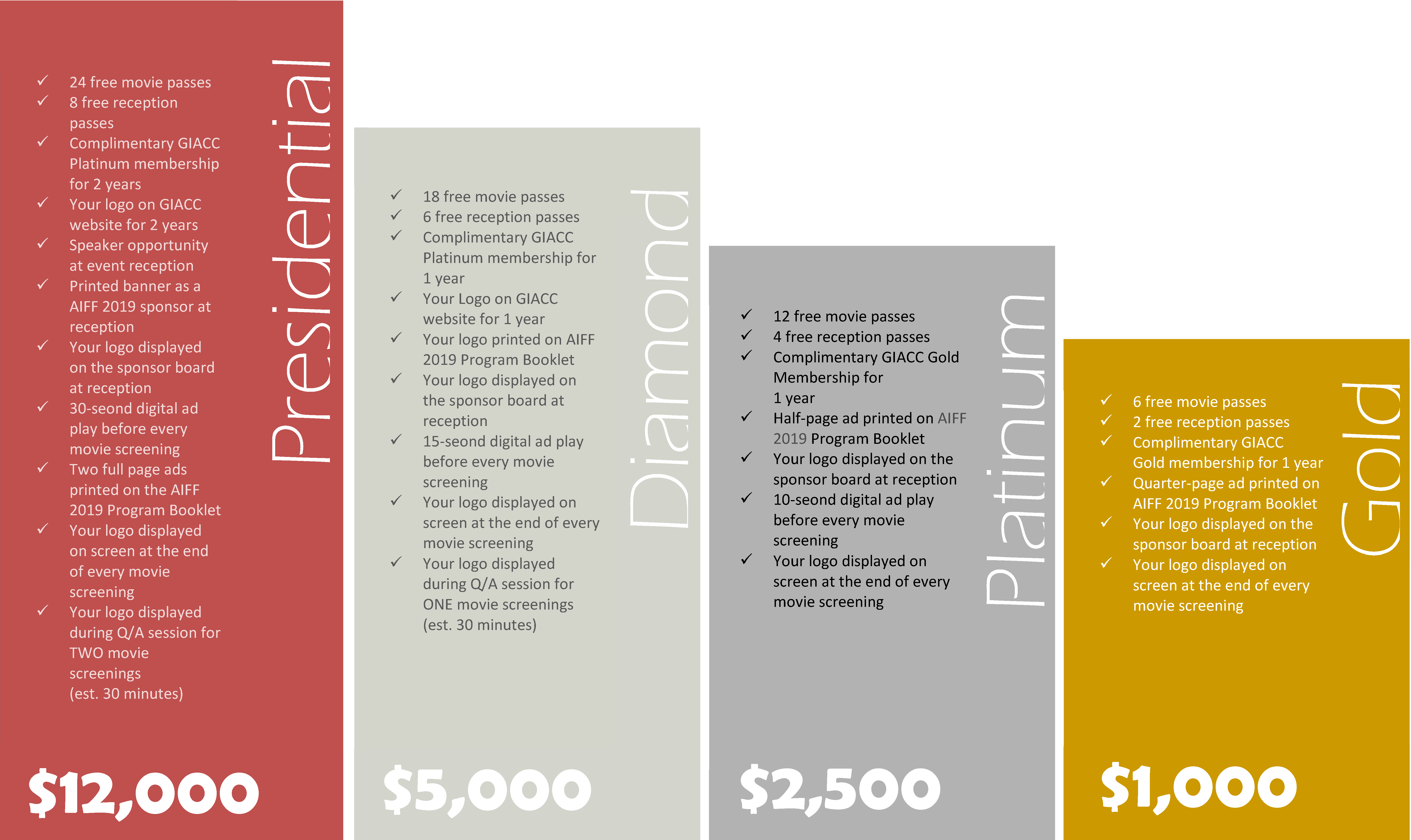 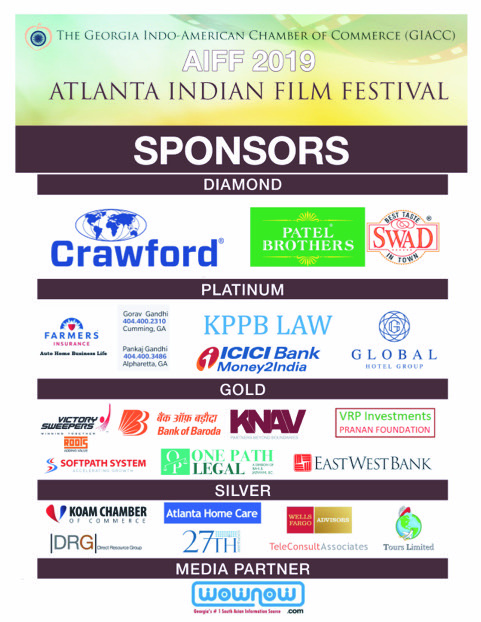 GIACC To Host Night Out at Turner Field